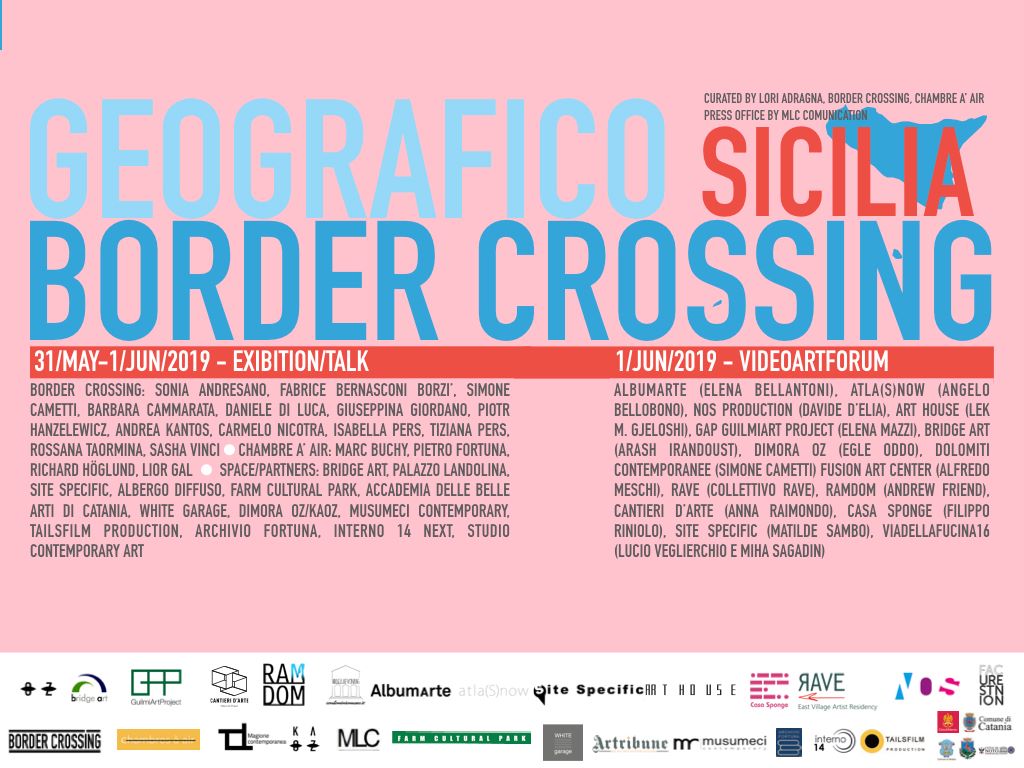 Border Crossing elaborates a synergy of public and private spaces to host productions and talks: Dimora OZ, at Palazzo Sambuca, KaOZ and the Garibaldi theater, three spaces within the program of Palermo Culture and Contemporary Magione, in a system of places of research, comparison and cultural production.

Border Crossing will close with the VideoArtForum Border Crossing_Mediterraneum curated by Lori Adragna and Andrea Kantos, a marathon of videos and talks presented within the Garibaldi Theater which will involve some independent projects, on the various suggestions stemming from the theme “Mediterranean”. The curator, Lori Adragna, writes: “As Predrag Matvejević states: the Mediterranean is not just geography. The history of mankind has originated within its shores and in the lands it bathes. From its waters civilizations and spilled empires poured. In that sea, which the Romans called “nostrum”, starting a whole mythology, three worlds (Christian, Islamic and Jewish) and three different political-economic systems converge: on the other hand it is the theater of conflicts, problems of trade regulation and of human flows, of fundamentalism, not only religious by starting from art and culture as a shared heritage we can orientate a change, imagine a Mediterranean that goes back to being a crossroads for exchanges and of development paths. And here contemporary art can play a leading role: by remixing the waters, reflecting and making them reflect, valuing the differences, prefiguring the space of a sea without borders. ”